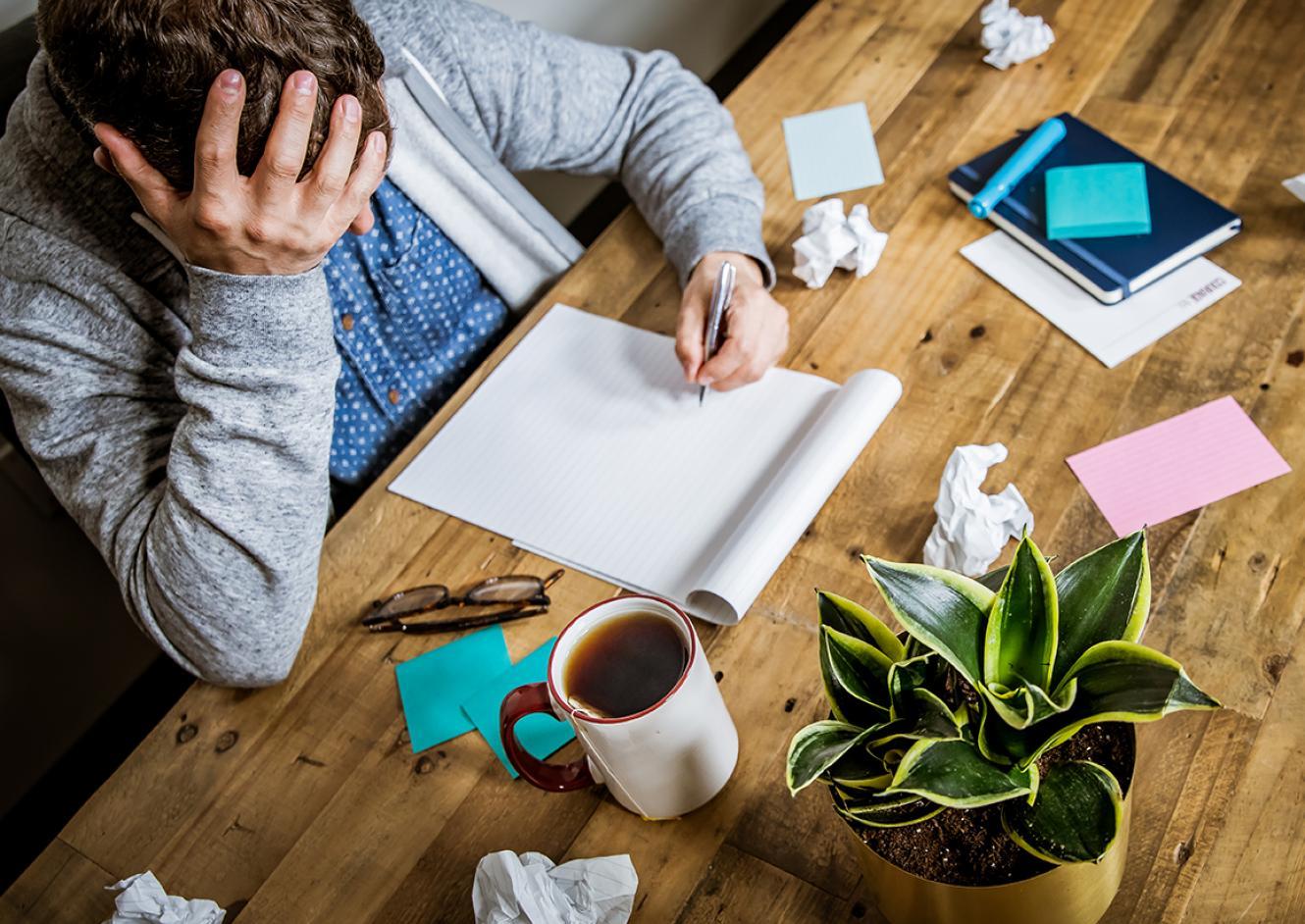 A proverb popular in creative circles states that for a person to have a single good idea, they must go through nine bad ones first. Good ideas are apparently like diamonds in the rough, and digging them out takes time and perseverance.

A few years ago, I began to wonder why, if the “nine-out-of-ten-rule” is true, do we only celebrate the tenth idea? Why do we not hear more about the other nine? If a director wins an award for a film, could we pay more attention to his nine previous movies to see the process? When a musician’s album tops the chart, could we shine more light on her earlier work?

Ignoring the “other nine” has led our culture to develop a massively unhealthy understanding of success and failure. When we ignore the process and only celebrate the final product, we are left with unrealistic expectations of what it takes to create something of quality.

My friend and fellow alum John Chaffee ’06, MDiv ’11, once told me about how some cultures have a step in between success and failure. For lack of better translation, we would call it a “good try.” I think we need to bring this concept into our ethos - and we need to celebrate it! Far too many people are throwing in the towel far too early.

I think this is where many of us found ourselves during the pandemic. We were required to flex and rethink everything from work meetings to friendships to classrooms – and even church services! We have been trying one idea after another, but in the end a lot of us felt like failures. And in times like these people are tempted to use their creative energy to justify going back to old ways instead of rethinking what the new reality needs to be. Perhaps we are insecure about whether our skills and talents will be needed in the new reality... so instead we push hard to return to the familiar.

In Matthew 25, Jesus tells the familiar Parable of the Talents. In the story, a property owner entrusts his servants with various amounts of money while he goes away. Two of the servants invest their shares, but the third is afraid of losing the money, so he buries it in the ground. When the landowner returns, he chastises the third servant for allowing fear to hold him back from trying to make anything of his talents. It is his fear, not his failure, that ultimately defines this servant.

We have each been given talents we can use to make this world closer to what it should be. If we allow fear to hold us back, our impact will never multiply. Psalm 73 says “My flesh and my heart may fail, but God is the strength of my heart and my portion forever.” Our failures do not define us – our secure footing as beloved children of God does. Grounded in this perspective, we can see failure as a guide on our journey, not a defining part of our identity.

What if, then, we allowed our failures to teach us and help us as we flex, pivot, and move forward? What if failures could actually be a blessing?

If we live in a world that does not celebrate the “good try,” then we end up defining failure as anything short of success. When we misunderstand failure, we will use all our creative energy to go backwards because moving forward seems far too risky.

There is probably something you have been putting off, because you are not sure you will get it exactly right. Stop delaying. Do it. If you nail it, then congratulations. If not, that’s okay. We miss the mark far more often than we hit it. Just make sure it’s a good try.

Jonathan Hobbs ’01, MTS ’19 is Director of Family Ministries at Church of the Good Samaritan in Paoli, PA, serves as the Philadelphia Area Director for the Center for Youth Ministry Training, and is adjunct professor at Eastern University.