A Bridge Over Troubled Water 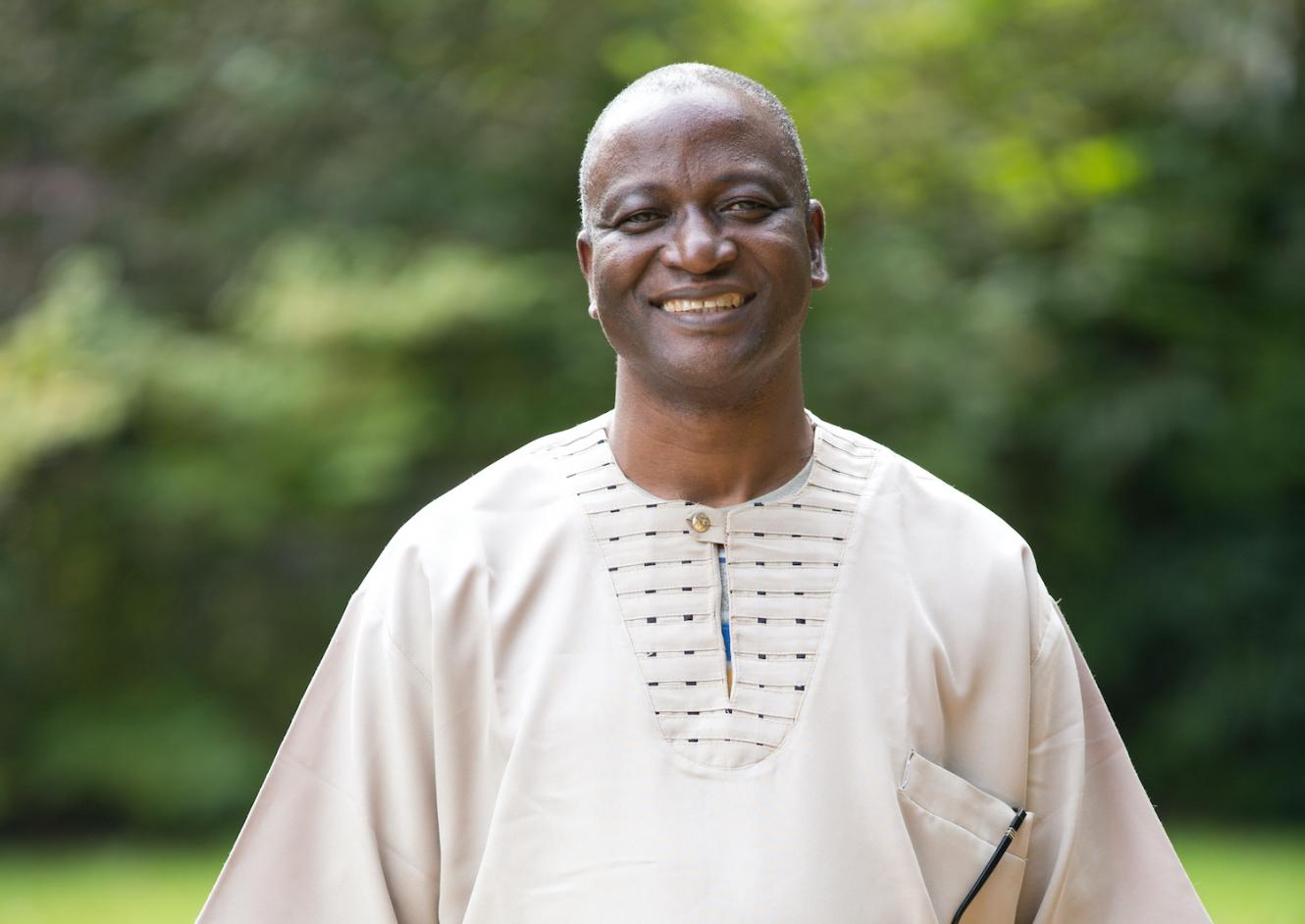 “... Oh when darkness comes
And pain is all around
Like a bridge over troubled water
I will lay me down
Like a bridge ...”
— Paul Simon

Raised in a family of nine with a father experiencing chronic backache and a mother working to provide for her family, Sunday Bobai Agang, MDiv ’01 did not attend school until he was 18 years of age. Today, he serves as the Associate Professor of Ethics, Theology, and Public Policy at ECWA Theological Seminary in Kagoro, Kaduna State, Nigeria, holding an MDiv from Palmer Seminary (2001) and a PhD from Fuller Theological Seminary. He is an author, ordained minister, and founder of the International Foundation for Entrepreneurial Education (IFEE), as well as the co-founder of Gantys Aid to Widows, Orphans and Needy (GAWON).

Dr. Agang has worked to create sustainable change through his work with Christian and Muslim widows and orphans, recalling times when the survival of the community meant walking across a river to the market during the rainy season. “The river used to claim the lives of people from the community who were trying to cross, but with the bridge built the drowning was halted.” Dr. Agang believes that the government was inspired to build the bridge because of "GAWON foundation going out of its comfort zone" and setting an example in caring for both Christians and Muslims. The addition of a bridge catapulted this area forward into a time of rapid economic development, also aligning with the purpose of IFEE which has “trained over three thousand students to write a business plan and become job creators instead of job seekers.”

Dr. Agang has consistently made strides in his home country of Nigeria to foster connections that center on values of Faith, Reason, and Justice. “I was particularly helped by the class on theological foundations of ministry taught by Dr. Ron Sider. His love for the poor helped me to deeply grasp Jesus’ mission to the world and calling upon my life.” Both Sider and Glen Harold Stassen were noted as figures who “broadened my perspective for ministry in a broken and decaying world.”

Agang acknowledges the hope they instilled in the work he has been doing since returning home in 2007.

This article was originally featured in the Spring 2021 Edition of Eastern Magazine. View the full magazine here.