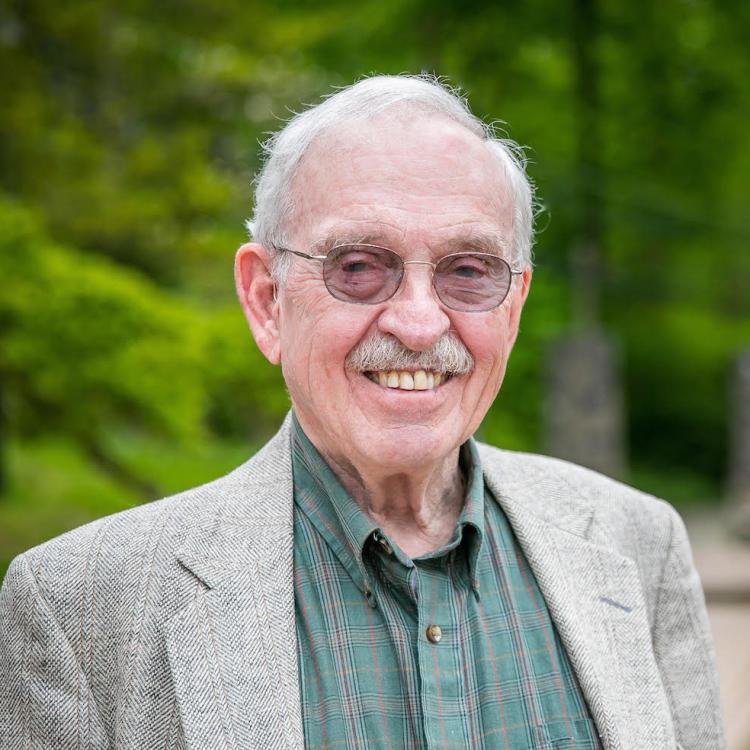 Dr. Sider, who went home to be with the Lord in July 2022, held the longest faculty tenure in Palmer’s history. He arrived in 1977 at Eastern Baptist Theological Seminary, now Palmer Theological Seminary. Over the years, Ron challenged the followers of Jesus to embrace and live out the twin biblical mandates of evangelism and social action in his teaching, writing, and speaking. His effective ministry bore fruit in the seminary classroom, the local and global church, and further afield in the public sphere, both in the United States and abroad.

Ron is widely known for his compelling and challenging book, Rich Christians in an Age of Hunger: Moving from Affluence to Generosity, chosen by Christianity Today as one of the hundred most influential books in religion in the twentieth century, and as the seventh most influential book in the evangelical world in the last fifty years. First published in 1977, this book is now in its sixth edition and has been translated into German, Dutch, Portuguese, Japanese, Korean, and Chinese. In addition, Ron authored, co-authored, and edited over 35 books, published over 130 book chapters and articles in both peer-reviewed journals and popular literature, in addition to giving numerous lectures at hundreds of conferences, colleges, and universities around the world.

In 1973, Ron spearheaded the penning of the Chicago Declaration of Evangelical Social Concern with a group of then young evangelical leaders, calling for a rejection of racism, militarism, economic materialism, and inequality. He was the founder of Evangelicals for Social Action, and has served ESA in many capacities, including board member, executive director, chairperson, and president.

Aside from his earned doctorate in history at Yale University (1969), Ron received honorary doctorates from Westminster College (1998), Malone College (2005), and Messiah College (2009). In 2014, he was given the William Sloane Coffin ’56 Award for Peace and Justice by Yale Divinity School.

If Jesus is Lord: Loving Our Enemies in an Age of Violence (2019)

Rich Christians in an Age of Hunger: Moving from Affluence to Generosity (revised and updated, 2015)

The Future of Our Faith: An Intergenerational Conversation on Critical Issues Facing the Church (2016)

Non-Violent Action: What Christian Ethics Demand but Most Christians Have Never Really Tried (2015)

Fixing the Moral Deficit: A Balanced Way to Balance the Budget (2012)

I Am Not a Social Activist: Making Jesus the Agenda (2008)

The Scandal of Evangelical Politics: Why Are Christians Missing the Chance to Really Change the World? (2008)

The Scandal of the Evangelical Conscience: Why Are Christians Living Just Like the Rest of the World? (2005)

Toward an Evangelical Public Policy: Political Strategies for the Health of the Nation (2005)

Churches That Make a Difference: Reaching Your Community with Good News and Good Works (2002)

Just Generosity: A New Vision for Overcoming Poverty in America (1999)

Good News and Good Works: A Theology for the Whole Gospel (1999)

Living Like Jesus: Eleven Essentials for Growing a Genuine Faith (1999)

Preaching about Life in a Threatening World (1988)